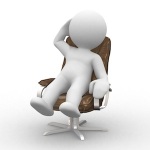 There are many reasons to avoid an annual capital allocation process where all business units vie for resources in one compressed event but the outcome is the same – organizations using annual capital slates were more than twice as likely to report a severe shortage of capital for strategic projects.

Too Much At One Time

“Decision Fatigue” is a condition within all of us where decision deplete our mental energy. If we are making all our strategic resource allocations during this one compressed event our decision quality wears down and we begin to make decisions based on the path of least resistance.

Decision fatigue also causes us to simplify our decisions. Instead of weighing multiple criteria such as risk minimization versus profit maximization versus workforce impacts, we focus on a single attribute and choose accordingly.

It’s important to note here that we are completely unaware of decision fatigue. We don’t feel the exhaustion or weakness that we feel with physical fatigue. It’s also not any annoyance we feel toward having to make a lot of decisions.

Decision fatigue is completely hidden from our perceptions – a very dangerous management hazard.

Make Your Schedule Work For You

Just before lunch is bad, and mid to late afternoon puts executives in greatest jeopardy. We may feel on top of our game, but all the science says we’re not. It’s not a question of intelligence, experience, or fitness – our brains are simply at their peak in the morning.  We need to put critical decisions (capital and otherwise) early in the day.

So, will you? It can be as simple as giving a standing instruction to your Executive Assistant and others who control calendars: Schedule meetings for important decision very early in the day. There are few decision improvement techniques easier to implement than this one so there’s no reason to put it off — get it started today!

Postscript: Decision fatigue literature frequently references poverty and the common stereotype that the poor stay poor because they make poor money decisions. Decision fatigue research reveals that poverty causes poor decision-making in otherwise capable individuals. Once you’re in the hole, this is one more unseen challenge to “bootstrapping” your way out.

Why? Because EVERYTHING is a big decision… even a trip to the grocery store represents multiple difficult tradeoffs to stretch the budget between food, rent, clothes, etc.  These decisions are constantly in the forefront from the moment they wake up, so living in poverty wears down an otherwise competent decision-maker much earlier in the day than for the middle and upper classes.

Whether you lean politically left …or politically right, keep this in mind as you form opinions on how the nation should address poverty.