When’s the right time to calculate projected returns? At the very end… and not before! 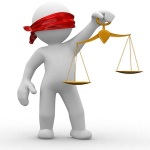 “What kind of returns are we showing?”

I suspect your financial analysts assigned to capital projects get that question a lot before all the cost and benefit estimates are in. It’s an innocent question but answering that question can seriously damage the final valuation.

Why? Because the answer will bias the remaining estimates.

Scenario #1: The analyst supporting an IT project runs the current numbers, a mix of both preliminary and final estimates, and tells the project team the spreadsheet shows a 10% return. If your IT projects usually need 15% or more to get approval, 10% disappoints the team.

Those still preparing to submit estimates and wanting to see this project approved often unconsciously tilt their estimates toward a more aggressive stance. As a result, the final valuation will be higher than it otherwise would have been (trust me – I’ve seen this many, many times).

The judgments of well-meaning folks are biased by their desire to secure funding. In the end, the decision-maker receives an over-optimistic project valuation. Odds are, the project will under-perform and waste capital.

Scenario #2: The analyst announces a 28% return.  Everyone is thrilled but, because there’s now plenty of breathing room, the remaining estimates are much more conservative.

More conservative estimates may not sound bad, but research shows this also results in waste. Projects with plenty of breathing room generally aren’t as aggressive in wringing unnecessary components out of the scope. Elements that may be nice to have but don’t add much value can coast in under the radar.

In the end, the project uses more capital than is truly needed – scarce capital you probably need elsewhere.

Here are two disciplines that guard against this trap:

As much as we want to deny it, science tells us we’re highly vulnerable to biases. Eliminating premature return disclosures removes a major source of bias and improves the quality of information delivered to decision-makers.

“At times it is folly to hasten at other times, to delay. The wise do everything in its proper time.” — Ovid of Rome