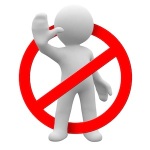 I was working with the President of a business that had truly risen from the ashes. Ten years earlier it was a fringe player, bleeding cash and on the verge of bankruptcy. Then they completely overhauled their product strategy to focus on maximum utility for minimal cost to the customer. Wildly successful, the company was now twice the size of its nearest competitor and very profitable.

When asked to name his biggest daily challenge, without hesitation the President responded: “Saying ‘No’ to great ideas.”

He went on to explain. His energized and creative workforce was an unending source of phenomenal ideas – but not every great idea was right for their strategy. Increasing utility while decreasing cost… no bells & whistles, no exceptions. Any time or money spent on initiatives outside of these razor-sharp rules robbed the core strategy of resources, diminishing its future success.

To enforce this philosophy, they funneled every idea for product development, production equipment or IT, through a decision process with a ruthless hurdle at the front end: “How might this idea distract us from our core strategy?”

This was an interesting variation from the more traditional phrasing of, “How does this idea support our strategy?” This question invites self-justification. As a result, distracting initiatives tiptoe past this question with generic statements such as ‘growing the business’ or ‘improving customer satisfaction.’ We can rationalize almost anything under such broad umbrellas!

“How might this idea distract us from our core strategy?” This wording intentionally seeks out contrary evidence, providing better protection for the core strategy. Even though more ideas were declined, those rejections didn’t dampen the enthusiasm of their sponsors:

Despite this ruthless screening process, the company wasn’t blind to the changing markets. If an idea failed the ‘distraction’ question but represented a strategically large opportunity it was elevated for strategic consideration. The senior management team reviewed those ideas and, if appropriate, refined the company’s strategy, and provided the necessary resources to succeed. But note: this was a carefully considered, intentional decision.

The success of the company was a strong testament to the power of focus but required a few elements critical to work:

A few industries are changing so rapidly, almost monthly, that new ideas deserve a longer leash. For most, however, a dogged determination to protect the core strategy from distracting ideas provides the greater success.

One thought on “Saying “No” To Great Ideas”